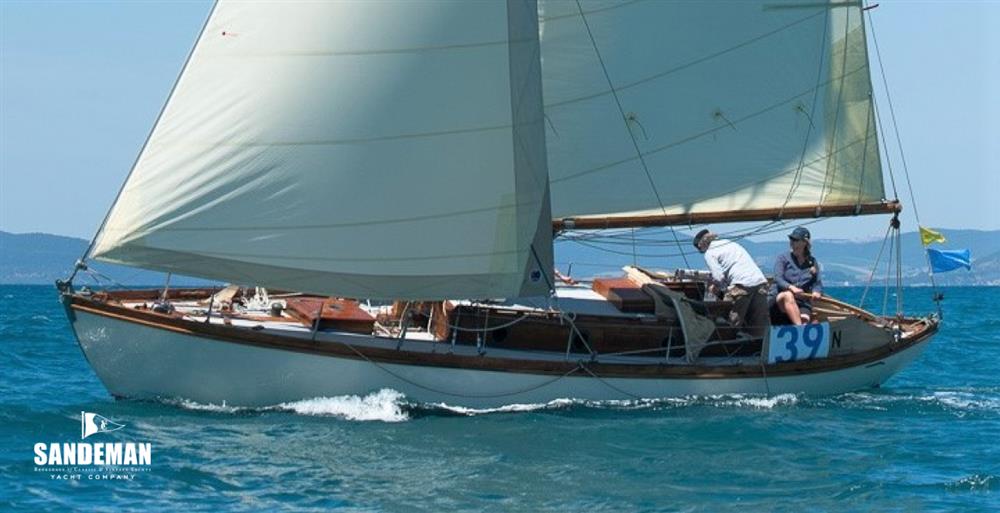 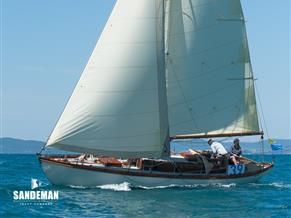 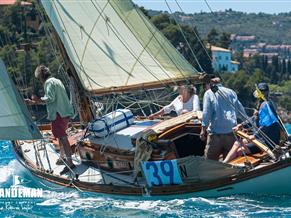 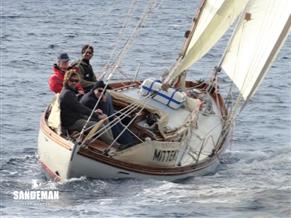 BROKER'S COMMENTS
Typically of all the characterful, thoroughly English in style canoe-sterned Gauntlet Class yachts built by Berthon of Lymington from the mid-1930s, MITTEN has had many suitors; it’s hard not to fall in love with their undoubted aesthetic and practical charms - and abilities. MITTEN’s early list of owners reads like a who’s who of British industry. Then, over the past half century and more she has been blessed with custodians prepared to invest in her future without compromising her authenticity; doing the right thing by her structure and, equally importantly, using her. In present ownership, after a major refit by her original builder, for the past decade MITTEN has been wafted and seasoned by the salty Western Mediterranean air: cruising the Tyrrhenian Sea and appearing at the occasional classic regatta - like an English country cottage time machine transported to Tuscany. Sounds wonderful – don’t you think?


THE GAUNTLETS
The Gauntlet Class was born in 1934 when Berthon Boat Company's Harry G. May was asked by a potential client to design a boat that would be suitable for offshore racing and cruising. However, after considerable effort had been put into designing the yacht, the client had second thoughts and went to Philip of Dartmouth. May was somewhat put out, threw the gauntlet down, and challenged the other yard's design to a race. May’s boat won and the Gauntlet Class was born. Initially based on a 12-ton yacht, the success of the class soon meant that there were versions ranging from 26-Tons to 8-Tons. MITTEN was the very first of the 8-Ton Class, hence the name which has remained unchanged from her launch. Like many Berthon builds, her construction was sponsored by the yard's Harry G. May and afterwards sold to her first owner the Hon. Clive Pearson.

It's most probably accidental, but there is a consistent theme running through some of MITTEN’s early ownerships after she was sold in her first season by The Berthon Boat Company’s Harry G. May. Three owners prior to 1960 were from families whose money was made, or originally made, in the industrial midlands and north of England, and who gravitated south for business and/ or leisure reasons.

MITTEN’s first true owner, the Hon. Clive Pearson, was born into the family building and civil engineering business, S. Pearson & Son, that his father Weetman Pearson 1st Viscount Cowdray guided through the late 19th Century and early 20th to become one of the world’s largest conglomerates. In 1920 they suddenly changed emphasis mainly to publishing, and as Pearson Corporation remain one of the largest in that field with many of their imprints commonplace names.

Viscount Cowdray died in 1927 leaving a fortune of £400m (equal to c.£25 billion now). His son, the Hon Clive, became chairman and would have been a prime prospect to nurture for Harry May. So it was to be: Pearson kept MITTEN through the second world war - during which he became Chairman of British Overseas Airways (BOAC), another Pearson funded operation which in 1974 merged with British European Airways (BEA) to become British Airways - and when war was over he ordered the 14-ton Gauntlet CLOUD IN THE SUN.

The first post-war owner, Kenneth Appleby, also benefitted from the powerhouse of the north: a successful Blackburn flour milling family that having sold out to the organisation that would eventually become Rank Hovis McDougall, in 1928 upped sticks to Hampshire and developed Botley Flour Mills which the family still owns though no longer producing flour. One Appleby descendant runs a successful superyacht management business out of the beautiful old mill buildings.

Next, in 1948 came Lloyd’s of London insurance underwriter and ‘member’ Jack Bryans, a still remembered leading light of the Royal Lymington Yacht Club who would eventually become Commodore. Involved in a post-war push for offshore racing out of RLymYC, he stated in a 1970 profile his preference for long distance races. MITTEN spread her wings in his ownership, with 1951 their most successful season, taking 1st in the Lymington to Guernsey Race, and 2nd in Class 3 of the Royal Ocean Racing Club’s prestigious Cowes-Dinard Race.

1952 into the mid 1950’s MITTEN was moored in Poole Harbour under the ownership of Peter L. Wood, a member of Parkstone YC, then, some time between 1955 and 1957, she moved slightly east to picturesque but shallow Keyhaven, the summer home and yachting station of northern industrialist and Royal Air Force Group Captain J.P. Cecil-Wright who cruised MITTEN in the English West Country, the Channel Islands and France.

From 1960, MITTEN’s changes of ownership are hard to keep up with. Her late 1960s into early 1970s custodian was exiled Scotsman J. Corbett Stark, first of Hornchurch and Billericay, Essex, then Tewkesbury, Gloucestershire. Stark won the Clyde Cruising Club’s Ogg Cup for his beautifully concisely written account of the 1971 delivery cruise from what had been her Essex home mooring at Cardnell’s Yard, Maylandsea, to Beecham Marina on the River Severn.

Stark was a canoe stern aficionado, his previous yacht one of the pretty 27ft Bangor S-Class sloops built in Northern Ireland. MITTEN’s log entry for 2nd July 1971 records: “Alongside the Dart Marina this morning for fuel and water, the boatman admired our teak brightwork and canoe stern, both of which I’m rather partial to myself.” He also had a wry comment on marinas, which were gradually appearing at that time: “These marinas are super to visit, but they make everything very easy and are therefore rather bad for character building.”

A further J.C. Stark MITTEN cruise log was published in the 1974 edition of the Clyde Cruising Club journal, recording a summer cruise from the Severn to Poole, after which she was sold to Cornwall and well known there under two ownerships followed by a brief period on Hampshire's River Hamble.

By 1985 and approaching her half century, MITTEN fell into the kind of ownership every yacht of a certain age needs. Martin Clucas of West Mersea, Essex may be considered one of the main reasons she’s still with us. Over thirteen years of fastidious caretaking he replaced all her iron floors and keelbolts in bronze, and refastened the hood ends with bronze screws. This was the early years of classic regattas; the always immaculately turned out MITTEN was a regular attendee at events as far west as Fowey through the 1990s, winning concours and racing prizes. Clucas also cruised her as far south as Gibraltar, often sailed single-handed.

Martin Clucas’s good works were then put to a stiff test after he sold MITTEN in 1998: six years of near abandonment at Dover followed. But she came through it, rescued in 2004 by Nicholas Gray and remarkably requiring mostly only very deep cosmetic refit. In 2007 she moved west once again to Plymouth under the ownership of Chris Humphries who cruised extensively on both shores of the western English channel and resurrected MITTEN's habit of picking up racing and concours prizes, especially at Plymouth Classics.

MITTEN was purchased by her present owners in 2010 and returned to her original builders for a major refit 2010-2011, including structural work and adjustments to the interior to improve comfort for long periods on board, in particular her new life at the Italian island of Elba, where Portoferraio has been her home port for a decade; the wonderful Tyrrhenian Sea her playground; and she's been professionally maintained by the ESAOM yard there. In recent years Mitten has been a participant in the Argentario Panerai Classic Regatta at Porto Santo Stefano, and in races around Corsica and Elba.