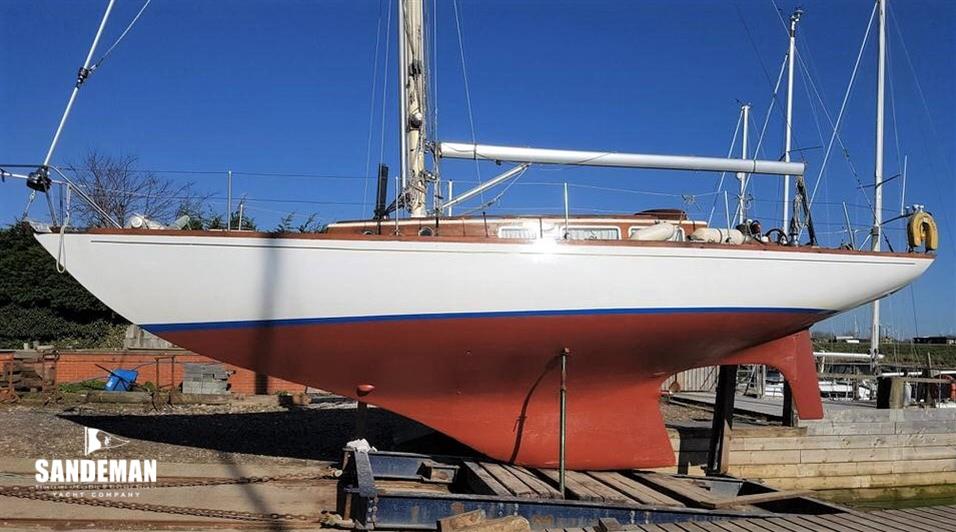 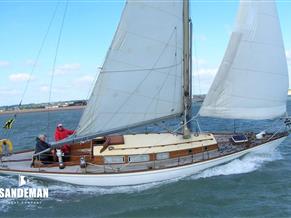 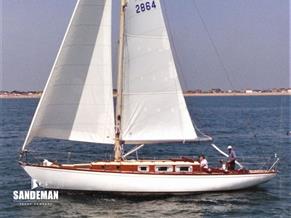 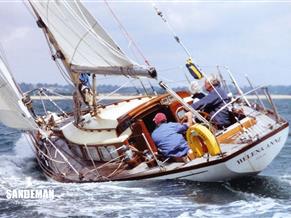 BROKER'S COMMENTS
HELENA ANNE is the charming, comfortable, and fast result of the father to son fusion of George McGruer moving his father James’s experience and ideas forward with youthful exuberance during the last years of the British wooden boatbuilding industry as we knew it. Beautifully built in the knowledge that (as MARGUERITA HELENA IV), she would be McGruers' 1970 London Boat Show exhibit (winner of ‘Boat of the Year’ there), she has subsequently remained out of the limelight while being doted on by only four owners, including, as REFLECTION, by the co-founder of Brookes & Gatehouse. In current ownership for over 20 years, HELENA ANNE has been continually used, maintained and upgraded as a cherished family cruiser-racer.


OWNER'S COMMENTS
"As someone once said, ‘a thing of great beauty in a sea of plastic’"


HISTORY
MCGRUER & CO. DESIGN NO. 627
Nurturing client loyalty was a key element in the success of the Scottish yachtbuilders McGruer & Co. through the 20th Century. Many owners returned with commissions for their second and even third yachts, designed in-house: from the 1930s into the late 1960s mostly by James McGruer (1906-1988); then, after the 1968 launching of his last masterpiece yawl, RINAMARA, James became Chairman and passed the draughting curves to his son, George, who added more than a few of his own. The 55 ft ketch CUILAUN (design no. 626) and this seductive and beautifully built fin-and-skeg 38 ft 6 in sloop, launched as MARGUERITA HELENA IV (design no. 627), were George McGruer’s debut Clynder-built boats. Some debut.

Most Scottish yard launchings were springtime, but MARGUERITA HELENA IV - built under Lloyd’s supervision and accorded their highest 100A1 Classification - was completed in December 1969; in time to be trucked to the January 1970 Earl’s Court London International Boat Show where she was awarded “Boat of the Year”, as her older sister had been at the 1961 show.

At Earl’s Court, MARGUERITA HELENA IV’s matched and splined khaya mahogany topsides planking had been shown-off varnished, and this is how she was launched for the 1970 season, but it is believed that they have been painted since early in her life as this was Godden's preference. The original sails were by Ratsey & Lapthorn, and the low in the saloon sole-mounted auxiliary motor was a lightweight 2-cylinder 22 hp Arona diesel; a water-cooled version of the Italian Lombardini engine then only available air-cooled.

Her low wetted surface split keel and skeg-hung rudder underbody may hint at what might have become of the International 8-Metre Cruiser Racer Class then still popular on the Firth of Clyde, but MARGUERITA HELENA IV wasn’t designed to any particular rating rule, though intended to rate well in occasional races under RORC and IOR. She's undoubtedly slippery, with the weight kept out of the ends; one imagines she could rate very nicely under the RORC's present day IRC Rule.

Godden kept MARGUERITA HELENA IV for less than four seasons and then apparently retired from yacht ownership. From early in the 1973 season her owner became co-founder of Lymington-based electronic navigation aids pioneers Brookes & Gatehouse, Major Richard Gatehouse; becoming his second REFLECTION, replacing a 35 ft Arthur Robb Lion Class sloop of the same name. Inevitably she was a B&G test bed, but interestingly for a company so associated with yacht racing, Gatehouse seems to have been a committed cruiser rather than a racer; a member of the Royal Cruising Club as well as his home club, Royal Lymington. Richard Gatehouse passed away in 1982 and late the following year REFLECTION returned to the land of her birth with new owner John Wallace of Findhorn on the Moray Firth.

This charming yacht returned to England's south coast in 1999 in current ownership as HELENA ANNE. She has enjoyed the careful maintenance and upgrading regime applied by all her past owners - and many admiring glances.