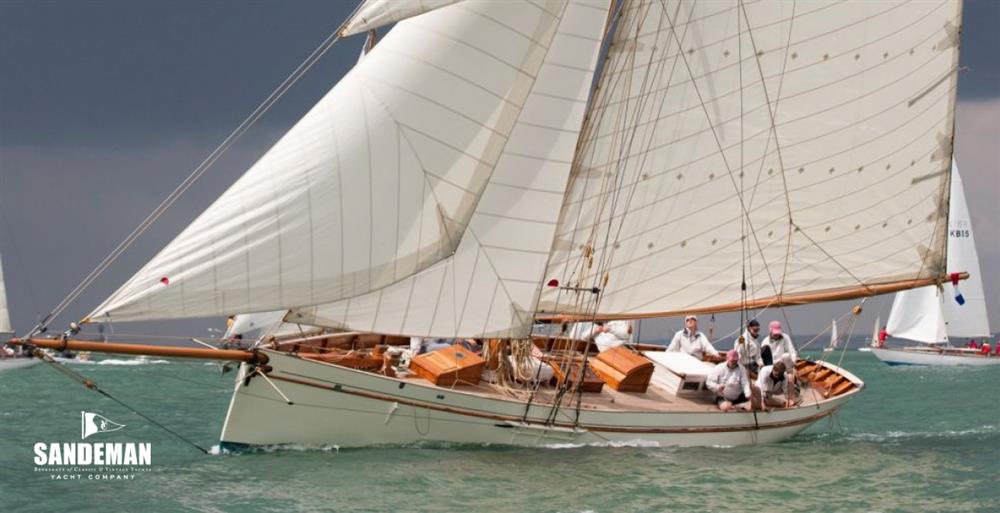 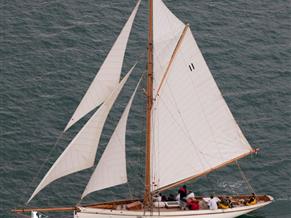 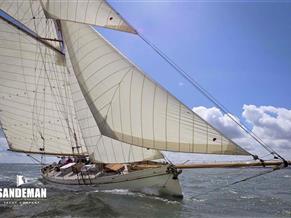 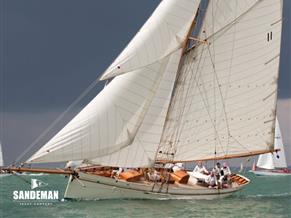 BROKER'S COMMENTS
THALIA is an astonishing throwback to the earliest, 19th-Century days of organised yachting, yet she’s a thoroughly practical, easily handled classic yacht. Wanhill of Poole is a name etched in the history of that period, and THALIA carries that direct lineage with her, together with the old world charm and amazing looks that have rescued this characterful cutter more than once from the chainsaw. Her Millennium restoration undertaken with skill and passion, honoured and enhanced in current ownership, has ensured a long future life, surely well into her third Century. In recent years THALIA has taken part in transatlantic adventures her original designer and builder couldn’t have dreamed of, and she’s been a cherished family cruiser-racer closer to home.


HISTORY
The name Wanhill of Poole is firmly embedded in what might be termed the pre-history of yachting: the early to mid 19th Century period before the rise of the "yacht designer", when the builders were also the designers. THALIA is a remarkable link to these times.

For fans of 1970s and 1980s British TV series, the story of the Wanhills of Poole could be summed up as a cross between The Onedin Line and Howard's Way. Their prosperity grew through the 18th Century on the back of Poole's immense trade with Newfoundland, when the Dorset town reputedly had more ships trading with North America than any other English port.

The Wanhill family built ships at Poole, owned them, and enjoyed more than a sideline as clay merchants. The conclusion of the Napoleonic wars ended Britain's monopoly in North American trade, creating an economic slump in Poole; however the consequent increased safety of the seas - and royal patronage - gave rise to an explosion of interest in pleasure boating.

The next generation of Wanhills, brothers Thomas Junior and James, were ready to apply their skills to the designing and building of pleasure vessels, in particular some of the most innovative and successful racing yachts of the mid 19th-Century, culminating in the magnificent and legendary 108 ft racing schooner EGERIA of 1865.

Thomas Wanhill's son George Frederick was nineteen at EGERIA's launching in April 1865; all being well he might have anticipated eventually taking over the reigns of a thriving yard, but it wasn't to be. Just over a year after EGERIA's launching, and with an apparently healthy order book for yachts of significant size, losses on the shipowning side of the business - possibly through a reticence to engage with steam power; certainly from increased railway competition - threw them into spectacular bankruptcy.

But George seems to have lived comfortably running the clay side of the business, and occasionally honouring his family's wooden boatbuilding and seafaring traditions. He designed THALIA for himself, possibly based on an earlier Wanhill model and perhaps built in the premises of the Allen family's Poole shipyard. The early - probably first season - portrait here shows that she first sported a fiddle bow and had the appearance of a miniature EGERIA in profile. In her builder's ownership THALIA appears to have raced locally and cruised extensively. A summer 1891 Falmouth shipping movement report sees her just arrived from Ireland where she must have been quite a hit as by late summer she'd returned there in the new ownership of long time Commodore of the Munster Corinthian Yacht Club (soon to become Royal Munster YC, now incorporated in Royal Cork Yacht Club), Richard Foley, a shipowner and customs agent at Cork with a country residence at Lismore. THALIA first arrived at Queenstown (now Cobh) on 2nd August 1891, and won her first race there that day at Monkstown Regatta in fierce squalls.

By 1911 THALIA had returned to England with Frederick Palmer of Boston, Lincolnshire and would remain on the east coast for decades under many ownerships, mostly moored at Benfleet, Essex. Worthy of special mention is Frank Clay, a founder member of Benfleet Yacht Club who owned THALIA c.1932 to 1963. She's still remembered there.

By the late 1960s THALIA was a tired old lady, and at one time threatened with the chainsaw at that infamous boatyard of doom, Belsize, St. Denys, Southampton. But not only did she receive a stay of execution, by the early 1970s she was cruising the Atlantic islands, west coast of Africa and the western Mediterranean with the redoubtable Hugh K.B. Roberts. Purchased at Ibiza in 1978 by E. Bruce Willard, THALIA then returned to the south coast of England at Swanwick. Under different ownership, a restoration was begun in the mid 1980s at Combes Boatyard, Bosham, West Sussex, but not finished.

THALIA's remarkable revival by Ivan and Fiona Jeffries of Bosham Hoe, West Sussex - preventing another chainsaw threat - began in 1993 and is detailed in the Restoration section.

Post-first phase restoration, THALIA took part in the memorable 1998 Champagne Mumm Classic Regatta at Cowes. Then, when complete, the 2001 America's Cup Jubilee Regatta - appropriately so as three Wanhill designed and built yachts had taken part in the original 1851 race round the Isle of Wight. She then made an Atlantic Crossing with the ARC Race in 2003, and remained in the Caribbean until purchased there by her present owner in 2011.

For the past decade THALIA's 21st Century pampering has continued under present ownership and she has been a regular sight for sore eyes at Solent classic regattas and in cruising down channel.


Electric LED lighting throughout the boat