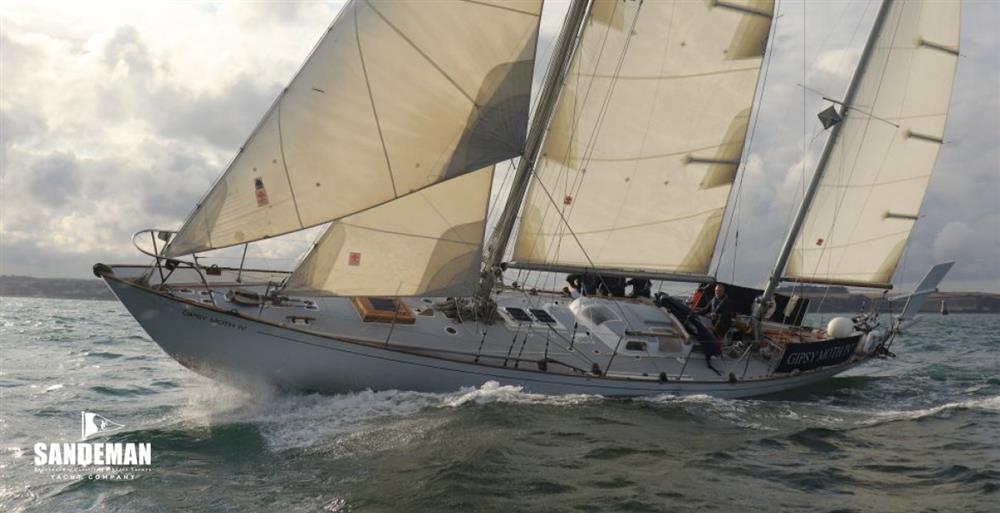 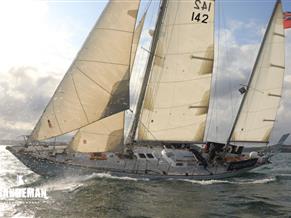 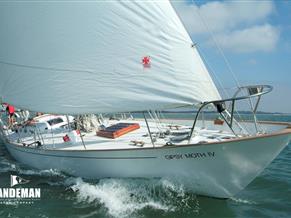 BROKER'S COMMENTS
It is hard to think of a yacht better known beyond the wider yachting community than GIPSY MOTH IV, and that has continued to inspire generations of young sailors more than fifty years after Sir Francis Chichester’s epic - then unimaginable - 1966-1967 single-handed, one-stop voyage around the world with her. Rescued in 2004 from 37 years out of her element, and rebuilt and restored in 2005 by her original builders - among the last wooden boat works performed by Camper & Nicholsons - GIPSY MOTH IV has subsequently circumnavigated again. For the trust that has owned her since 2010 it is now time to pass on this iconic and beautiful yacht to a similar body or individual to spread or be inspired by Chichester’s spirit of challenge and adventure.

On the completion at Plymouth on 28 May 1967 of their solo circumnavigation witnessed by a crowd estimated at over 250,000, Francis (soon to be Sir Francis) Chichester and GIPSY MOTH IV became two of the most famous names in the United Kingdom and further afield, and GIPSY MOTH IV, having served her purpose, was placed on display at Greenwich, London, beside another UK maritime icon, the tea clipper CUTTY SARK.

In some respects it was appropriate: Chichester's personal challenge had been to beat the times of the clipper ships in a vessel of five times less waterline length. But in reality it was the worst thing that could happen to a living, breathing, wooden yacht. As the late Paul Gelder, then Editor of Yachting Monthly magazine and co-ordinator of the successful early 2000s campaign to rescue her from this fate, wrote in his book 'GIPSY MOTH IV - A legend sails again':

"Boats like GIPSY MOTH [IV] belong in the ocean... They are meant to be sailed, not entombed or exhibited in museums. A wooden boat is a living entity, imbued with the spirit of those who built and sailed them."

GIPSY MOTH IV was designed by John Illingworth and Angus Primrose - then one of the leading UK performance yacht design offices - and built by Camper & Nicholsons at Gosport in 1966 specifically for Francis Chichester to complete the fastest solo circumnavigation of the globe. Succeeding in this was always going to be epic - at the time unimaginable. Not long after leaving Portsmouth in August 1966, Chichester came of pension age (65) and was a cancer survivor. The list of achievements of man and boat is long (from Paul Gelder's book):

- Fastest voyage around the world by any small vessel - approximately twice as fast
- Longest passage made by a small vessel without a port of call - 15,500 miles
- More than 2 x the distance of previous longest singlehander who'd sailed 7,400 miles
- 2 x broke the record for a singlehander's week's run by more than 100 miles
- Set a singlehanded record by sailing 1,400 miles from point to point in 8 days
- 2 x exceeded the singlehanded speed record for a long passage
- 131.75 miles per day for 107 days, and 130.25 miles per day for 119 days
- Third true circumnavigation by a small vessel via Cape Horn

Paul Gelder's rescue campaign succeeded. She was purchased in 2004 for £1 and a gin-and-tonic (Chichester's favourite drink) from the Greenwich Maritime Trust, and in June 2005 GIPSY MOTH IV emerged from a major and honourable rebuild by her original builders with some veterans of the 1966 build having volunteered their assistance. The money had been raised by crowdfunding with donations in kind from the marine industry, including companies like Lewmar and B&G who had supplied some of her original equipment.

GIPSY MOTH IV then commenced her second circumnavigation over almost two years, returning to Plymouth exactly 40 years after Chichester had, on 28th May 2007.

In 2010 ownership transferred to the Gipsy Moth Trust in order to keep her in sailing condition, keep her visible to the public by allowing as many people as possible to sail or visit her, and to use Chichester’s legacy of challenge to inspire a new generation of sailors and adventurers.

2020 and in particular Covid, has had a devastating financial impact on the small charity, and the trustees have decided to cease operations and to sell GIPSY MOTH IV with all proceeds being donated to other sailing related charities.

GIPSY MOTH IV is listed on the UK National Historic Ships register, and such has been the longevity of her fame that she is pictured in the current UK passport.