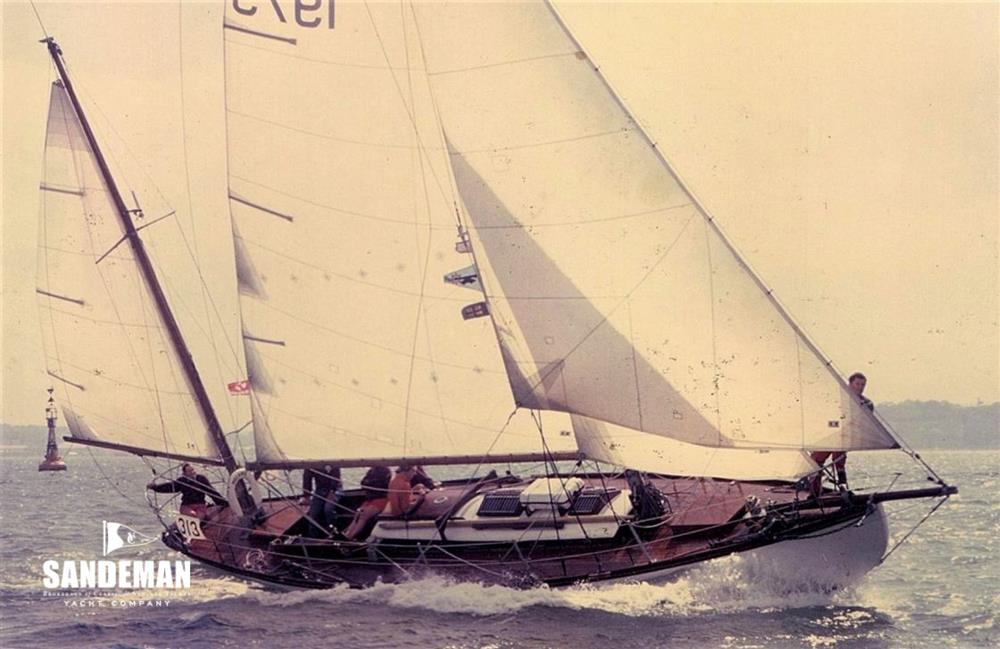 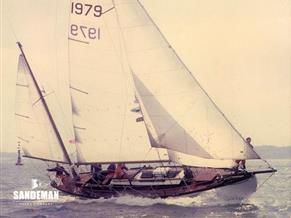 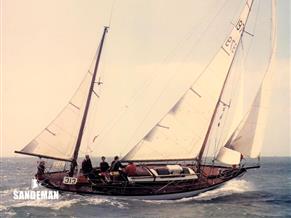 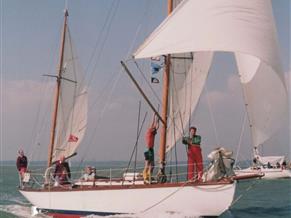 BROKER'S COMMENTS
MELANIE is a beautiful, lightly altered from original configuration throwback to the earliest days of the illustrious German yacht builders Abeking & Rasmussen. Designed by Henry Rasmussen seven years after he founded the Bremen yard with Georg Abeking – could she be the oldest surviving cruiser-racer by the famous Bremen yard? She exists today courtesy of sixty years consistent ownership and loving care by a club syndicate that has introduced countless future sailors to the joys of classic offshore sailing and racing. MELANIE offers either the opportunity to enjoy simple, low-cost sailing in a truly elegant classic yacht with the best of provenance, or to be the subject of a major makeover reverting to the original perfectly proportioned gaff yawl rig.

It says a lot about the instant productivity of the yard founded in 1907 at Lemwerder, Bremen by Georg Abeking and Henry Rasmussen that 547 contract numbers elapsed in the five albeit mostly wartime years between the design for this very pretty fast-cruiser yawl, the building of the first yacht to it - DELPHIN of 1914 (A&R #396) - and the completion in 1919 of the 2nd, #943, now MELANIE but launched as WULP (Dutch for Curlew).

WULP was commissioned with sails by Ratsey & Lapthorn of Gosport and Cowes, England, and a 2-cylinder petrol auxiliary motor by Magnet-Motoren AG of Berlin. Her home mooring was at Middelburg, Netherlands, under the first ownership of G.H Brandt of Utrecht who kept WULP into the early 1930's, latterly together with the 1911 Max Oertz International 12-Metre DAVO III, which he renamed WULP. The potential naming confusion moved to another level on our WULP's sale by 1935 to Belgian shipping agent A.E. Geubelle of Antwerp who renamed her SAMPAN, and her previous owner, Mr Brandt, replaced her with a steel motor yacht or launch - also named SAMPAN.

The Belgian period as SAMPAN was short lived, and any idea that that she has subsequently spent most of her life on the south coast of England as a 'Windfall Yacht' is dispelled in the knowledge that by 1938 she was in England, named SUNDEW under the brief ownership of Westminster, London-based yacht broker R.A. Nicholson, who may have had a habit of purchasing yachts he thought he could sell.

Nicholson turned her round quickly to Walter G. Hubbard of Strand-on-the-Green, Chiswick, whose family controlled the London bank note and postage stamp printers/engravers Perkins, Bacon & Co., most notable for their pioneering work in printing the 'Penny Black'. Hubbard was a member of the Royal Southern Yacht Club, very recently relocated from Southampton to the River Hamble, where it may be safe to suppose the re-named MELANIE would have been moored.

On the settlement of his father, master printer Arthur Hubbard's estate, in 1949 Walter Hubbard moved up in size to the Robert Clark designed 70 ft bermudan cutter TRESCA, and MELANIE was sold in 1949 to J.R. Fox of Doncaster, Yorkshire and Haywards Heath, Sussex, a member of Scarborough Sailing Club and the Royal Motor Yacht Club, Poole.

Sir Eric Seal (1898–1972), then Commodore of the Civil Service Sailing Association (CSSA), had been a very senior civil servant; between 1940-1941 Principal Private Secretary to Winston Churchill during two of the most crucial years in UK and world history.

After a significant refit, a syndicate ownership system was then set up so that MELANIE could provide an opportunity for people of all ages and backgrounds from the British Civil Service and associate bodies to learn and experience offshore sailing. This has continued ever since, with some early syndicate members still involved, and Sir Eric's family retaining a share in MELANIE until 1999.

Over the past sixty years - all of it in bermudan (yawl - briefly cutter) rig, rather than the original gaff yawl rig after a c.1963 dismasting - MELANIE has been loved used and cared for, eventually as part of the CCSA's Portsmouth Offshore Group (POG). A regular attendee at the Cariad Cup, Cowes, the Weymouth Jolly and the POG Nab Race, as well as Island Sailing Club's Round The Island Race (a class winner in the 50th Anniversary edition), MELANIE has also participated in the Festival of the Sea at Portsmouth Royal Dockyard, and the Brest Festival, as well as cruising to France, the Channel Islands and the West Country.

GENEROUS QUARTER BERTHS
- To port and starboard under cockpit